National Novel Writing Month (NaNoWriMo) bridged my dream with an actual, attainable goal. Writing a complete manuscript gave me the courage and confidence to believe that I was a writer and that I could become an author if I learned the business and trained hard enough.

While working as a librarian, I discovered the fantastic world of modern picture books and became enamored with the complexity of seemingly simple language and art. Mo Willems especially impressed me. I read his books out loud on a regular basis. If there happens to be a kid present, all the better.

Excerpt from We Are in a Book by Mo Willems

Other picture books had a similar effect on me: Do Not Open This Book by Andy Lee, illus. by Heath McKenzie 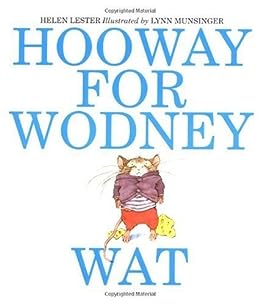 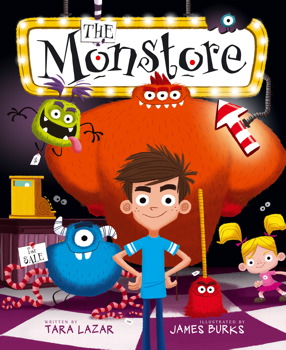 The Monstore by Tara Lazar, illus. by James Burks

I found myself wishing I had the talent to write and illustrate funny, expressive books like the ones I loved. Eventually it occurred to me that the talent these authors had was the same kind of magic I admired in my favorite novelists, and I’d been working on developing that talent for years. I could learn to write picture books, too.

So, I started my research into how to write picture books and soon came across Tara Lazar’s Storystorm. I registered last year and soon had over thirty ideas to play with over the year. Of those ideas, I wrote three picture books. They weren’t anywhere close to the quality I was aiming for, but they were fun, and each one was better than the last.

Last month, I had two new ideas that hit me in the way my novels have, and I know that I will see them through to the end. I’m excited for Storystorm 2019 and the fresh ideas it will bring.

Preparing for the plunge. Triathamom 2017.

How many of us cringe at New Year’s resolutions? *Raises both hands* Every year, my dad made us separate from our new Christmas toys so we could write our goals for the new year. We had to come up with at least one educational, one physical, and one spiritual goal. I resented it because I had little to no desire to change my ways, plus I just wanted to return to my book, which he had so rudely interrupted. Needless to say, I forgot those goals as soon as I could.

Then, a year ago, we were visiting my family on New Year’s, playing games, as we usually do when we get together, and I was feeling supremely unsatisfied with myself. I was about to turn 29 and I was not what I imagined for my thirty year-old self as a teenager. Where were my children? Where were my published novels? Why wasn’t I an American Ninja Warrior?

At that moment, somewhere between The Sheriff of Nottingham, and Dominion, something inside me snapped. I had one year before my thirtieth birthday, one year to become the person I wanted to be. And although my dad no longer made us write down our New Year’s resolutions, for the first time in my life, I made mine. I’m a competitive and stubborn person by nature, and I felt those attributes kick into gear. Nothing was going to stop me.

My main focus was my health. It seemed to me that everything was tied up in that. I couldn’t have children until I was healthy. How could I be disciplined enough to run a career as a published author if I couldn’t have the disciple to take care of my body? And of course, how could I expect to be an American Ninja Warrior if I weighed so much?

I had previously made attempts to lose weight, and over the past two years, I’d lost a net of ten pounds, but I was still in the obese zone. To be an ANW, I need to have an incredible weight to strength ratio. The optimal weight for me to achieve that is about 125 lbs. (I based this off the BMI chart for healthy women my height, and the weight of the women competing in ANW.) However, to be healthy, I only needed to drop below 150. So, that became my target for the year, although I kept the 125 mark in mind the whole time.

As tempting as fad diets are, this time I turned to the most effective method of weight loss: the slow and steady strategy of portion control coupled with balanced nutrition. To do this, I used MyFitnessPal to track what I was consuming and what I was expending. If I went over, I didn’t beat myself up, but I let it motivate me to do better the next day. I plateaued several times during the year, but with much perseverance and adjustments to my caloric intake and spending, I made it. The last time I weighed in, which was before Christmas, I was at 148 lbs and my muscle mass was more than my fat.

In 2016 I rediscovered my love for cycling and competed in a women-only sprint triathlon. I loved it and knew I wanted to compete again in 2017, so part of my resolution was that I was going to finish it in one hour. To give you some frame of reference, I’d finished in about 1 hr 40 min. Any athlete will tell you that cutting 40 min off is quite a feat. So, to make this a more reasonable goal, I broke it down into the legs of the race. I needed to swim the 300 meters in about 5 min., bike the 12 miles in 30 min, and run the 5k in 25 min.

I knew that probably wasn’t going to happen but if I could at least swim fast enough to hop in the pool with the advanced swimmers (5-7 min), then that would give me a leg up in the race and significantly improve my time. I kept the 30 min goal for the bike leg because my calculation from the race indicated that it was actually around 10 miles, not 12. Then I gave myself the challenge of running the 5k at an 8 min/mile pace.

I trained hard, running and biking a few times a week, and swimming a couple days a week. I added weight training on my running days, and had both short and longer runs. At first, progress seemed slow, but after a couple of months I noticed I was stronger with increased stamina. I finally got to the point where I could consistently swim the 300 in 7 min. and eventually reached six minutes. The biking was hard to measure because I rode different courses, but I could hold 16 mph on a flat road for over 12 miles. That was still not going to be fast enough, especially since there were hills in the race, but it was an amazing improvement. And I made it to 8:30 pace before my race.

A few weeks before my race, I developed runner’s knee, and it returned during the running leg of the race. But even so, I finished in about 1:17:00. I don’t have the exact data because I forgot to press start on my watch when I got in the pool, and I lost the print out from the race. My watch shows the following data after the swim: 1:43 – first transition, 35:22 – bike, 1:43 – second transition, 29:15 run, 1:08:06 – total. I think my swim was about 9 min because I got stuck behind a couple of people and was forced to walk in the pool. However, I know for sure that I placed 2nd in my age group and 30th overall. There were 417 participants. As far as I am concerned, I won.

I still have the goal to finish in 1 hour, and I continued training after the race, though I had to rest my knee and started cross-training with Barre. That improved my mobility, strengthened my ligaments and core, and elongated my muscles. I reached 8:00 pace after a month of Barre classes. I ran the Haunted 5k in 26:28, and the Thankful 5k in 24:00. And I can now sustain 18-20 mph of cycling on flat terrain.

The best thing about my resolution at the beginning of last year is that I have proven to myself that not only can I transform my body, but I could apply that discipline to other aspects of my life. I developed and stuck to a writing schedule. Like my nutrition, sometimes I failed. I did not send out queries like I had hoped to do, but I did prepare my manuscript for beta readers and receive enough feedback to know that I am not ready to query yet. I also participated in NaNoWriMo, which pushed me to write a new novel during what would have been an unproductive writing month. I am already half-way through the first round of edits.

Goals are not enough. I have to possess a burning desire to change. When that ambition gripped me on the eve of last year, I did not just make goals for myself, I outlined a plan to success, and then I followed that plan to the best of my ability. So, yes, I do believe in the power of resolutions.

What does this year hold for me? My resolutions remain firm, but my plan has evolved with me. American Ninja Warrior looms above me, and I must reach at least 135 lbs before I begin seriously training for it. But I will be able to hold a handstand for thirty seconds, do twenty pull-ups, and dead hang for two minutes by the end of the year.

I will keep a 20 mph average cycling, run a mile in 7 minutes, and start training for Olympic-length triathlons. This means I will need to build endurance for long swims.

As for my writing career, I will continue writing 4 hours/day, and add drawing 1 hour/day. I will finish edits for Siphors and Amerixicana, draft another novel, and finish at least three picture books/short stories. I will query agents as soon as Amerixicana is done.

Here’s to another transformative year. May every year be the prime of your life.

Winning the year with Michelle Stoddard