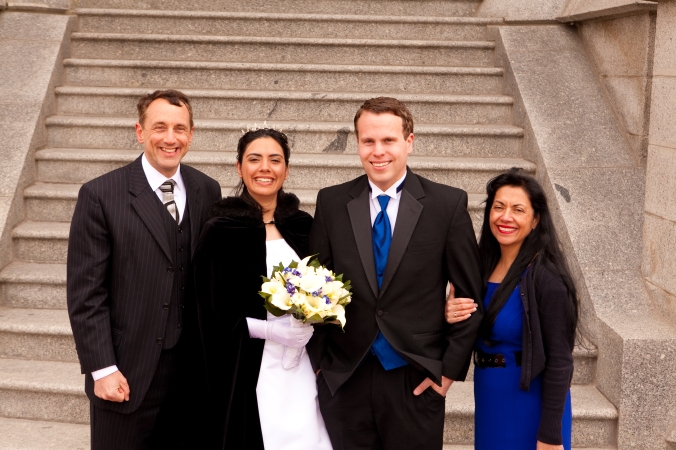 The day with no identity crisis. I was a princess like my daddy always said.

Now that my manuscript is in the hands of beta readers, I’ve had the chance to explore my next project. It’s something I always knew I needed to write because the world needs stories like this, but it’s also a project I’ve put off because it requires me to open up about myself. I’m going to address the bi-cultural experience. What it feels like to be a cheeseburger trapped inside a tamale.

Before you start wondering what the heck I’m talking about and decide that you’d rather be eating a cheeseburger or a tamale instead of reading this, let me say that I was fortunate enough to grow up in a loving family and I did not suffer anything horrific. All my racist encounters were by all standards, mild. However, I had, and still have to some extent what I call the American complex. And at no time was this crisis more acute than during middle school.

I am American. I was born in Arizona and lived in many states all across the U.S. My dad is American. His great grandparents came from Sweden, and his father’s family came from England. My mom is American and Mexican. She was born and raised in Mexico, but became an American citizen when I was nine. Her grandfather was of native descent and her grandmother’s family was Spanish.

My skin is a healthy cinnamon sugar, but by the end of the summer it can get as dark as a bar of rich milk chocolate. My hair and eyes are also dark, with the same nuances of brown layered in different shades and hues. To Americans, I just look Mexican.

My English is impeccable, or at least indistinguishable. Upon meeting strangers, the first time I speak is met with a confused look, which is often followed by the question, “where are you from originally?” You know how everyone has pet peeves? This is one of mine. What the person really wants to know is what box I belong in: Mexican or Native American.

Inside, I’m a cheeseburger. You can’t get any more American than me. But all people see is the tamale. At least, that’s how I feel, that’s the American complex. I have gone to great lengths to get people to see past the corn husk to the ketchup and processed cheese.

As an adult, I recognize that I sacrificed a part of my identity to pursue a facade that will never fool anyone. My mother cries over her culture that is largely lost on her children. Slowly, painfully, I am learning how to be me, how to be American and celebrate the part of my identity rooted in Mexico. I am learning to be a burrito, American-sized and smothered in hot, smokey chipotle.

For a short blurb about this project, you can visit my works in progress page.